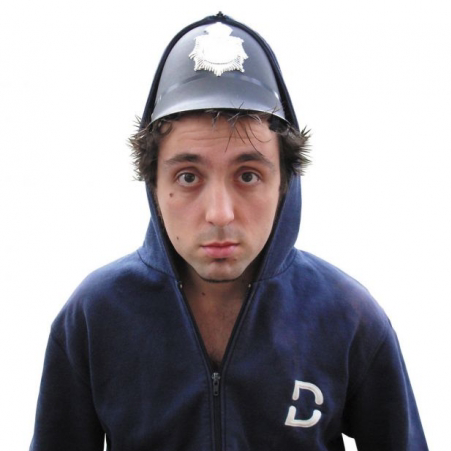 Since graduating with a first in Fine art from Cardiff, Richard DeDomenici has produced, on average, a work of art every fortnight. This proliferation has borne some rich, radical and highly acclaimed fruit. From the Edinburgh Festival to the National Theatre – via Beijing, Iceland and New York – his performances have entertained, challenged and transformed. (1)

Richard DeDomenici has created a wide variety of performances that make use of conceptual art tactics in combination with an irreverent pop sensibility to critique and intervene in public behaviour and rhetoric. (2)

Richard DeDomenici demonstrates his commitment to a stance against standardisation and indifference by taking over a territory until its everyday users become offended or drive him away. Through his actions, he aims to perturb our usual way of thinking. (3)

His work disturbs the normal perception of public space and the rules that govern it, and he questions ownership of public areas and authority in general. Richard DeDomenici finds ways of getting his message across through humour and public confrontation outside of normal performance spaces. (4)

Hirsute and cute in a hazmat suit (5), Richard DeDomenici’s work is frank, amusing, insightful and at times inane. (6)